Subsidy-free solar to surge from the second half of 2019

With global solar PV set for rapid growth, inspiratia looks at the top 10 markets for installed and potential capacity worldwide.

inspiratia’s outlook for PPAs and grid-parity projects is optimistic, with technology advancements slashing costs for solar.

For example, the introduction of highly efficient mono passivated emitter and rear cells (PERC) has not only increased efficiency, but also resulted in higher ROI and more savings for the end users.

“After the cancellation of the minimum import price (MIP), demand for solar PPA and grid-parity projects in the European market is surging, especially in some of the big markets, such as Spain, the Netherlands and Germany. The EU market is expected to hit 15GW this year,” says Rene Du, investor relations manager at JinkoSolar.

JinkoSolar is the world’s largest solar module manufacturer, with a diversified global customer base in China, the US, Japan, Germany, the UK, Chile and several other jurisdictions. Its sister company JinkoPower is a global renewable energy developer and operator with projects in Asia, Europe, Latin America and the Middle East.

On 19 February 2019, JinkoPower, Ardian and White Summit Capital reached an agreement to construct and operate the 182.5MW La Isla solar PV plant near Seville, Spain. Construction of this grid-parity project will reach completion in the second half of 2019.

“The cost of solar development has decreased substantially after the cancellation of MIP and many countries have already achieved grid-parity. Both utilities and distributed segments are surging in key markets such as Germany, Italy, the Netherlands and Spain, which are showing great promise. Many countries are rushing to reach the 20% renewable energy commitment target before 2020, therefore more projects are expected to come to the market,” says Du.

“We plan to promote industry leading products and technologies while expanding our presence and market share. We are therefore shifting our technology to highly efficient mono PERC, as we expect 65% of the 14-15GW 2019 shipment to be mono PERC module.

“We are ramping up of mono PERC in-house capacity during Q2-Q3 2019 to meet the increasing demand for high efficiency products as well as to improve our margins, since we had limited integrated mono PERC capacity last year which enjoys higher margins.”

By lowering costs, technology is an important factor in making the shift to subsidy-free projects possible. The rebalancing of the wholesale power market, alongside the forecast rising natural gas costs, could also considerably contribute to pushing solar development forward. 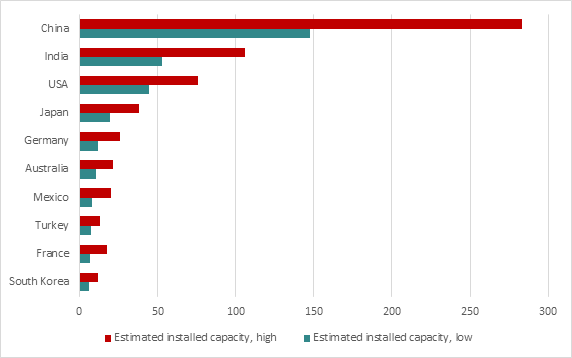 The global increase in greenfield projects is laying the foundations for the next wave of secondary transactions.

It is noteworthy that the market is swiftly changing, with western European countries no longer at the top of the rankings, as Asian and American players take over.

“Asia is doing well. China is about to address its new subsidy policy details and is expected to help the domestic market transition from subsidy-driven to market-driven demand, and smoothly achieve grid parity in the near term. In the meantime, solar policies in Vietnam are gradually taking shape which will further boost the sustainability of the market. Demand across the country is growing from both local and international players. We also see potential in other neighboring countries such as Thailand, Malaysia, Indonesia and the Philippines,” says JinkoSolar’s Du.

There is no surprise that China is dominating the global rankings, with its solar capacity accounting for 32% of the total global installed capacity by 2018 thanks to swift technological development and large solar corporations, strongly backed by the government.

The US and Japan are in second and third place, with Germany securing fourth place. 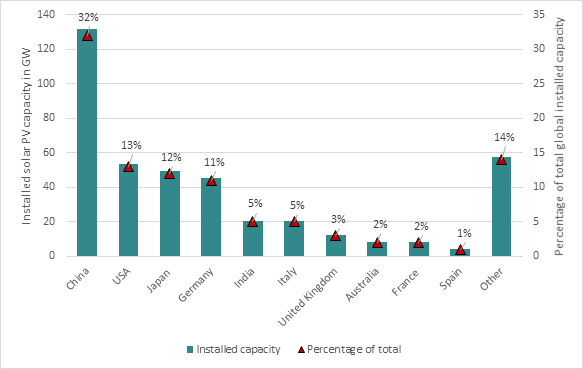 The top three countries, none of which are located in Europe, account for roughly 57% of the total installed solar PV capacity world-wide.

Incremental installed capacity in GW, in 2018 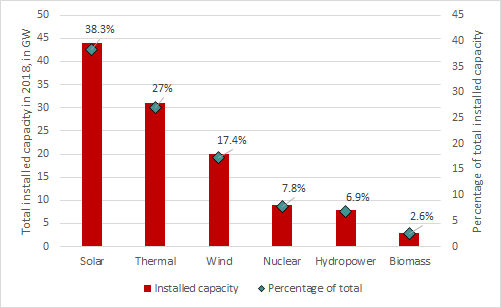 As shown, installed solar power capacity in 2018 was the most common form of new power generation, followed by thermal, wind and nuclear. The country has considerably improved its uptake of renewables in the past few years. Nonetheless, thermal plants still dominate the power generation charts.

Incremental power generation in TWh, in 2018 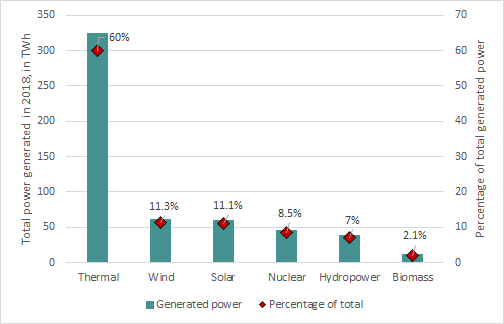 Declining costs and improving performance make the US increasingly competitive in the solar market. It is noteworthy that utility-scale solar plants under construction before 1 January 2020 will receive the full 30% investment tax credit (ITC), while those under construction before 1 January 2021 will be entitled to 26% ITC. The ITC for projects in the construction process by 1 January 2022 will be 22%. The graph below offers information on 2050 predictions with regards to installed capacity additions and retirements by source. 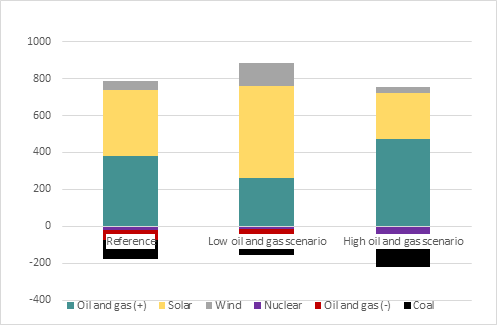 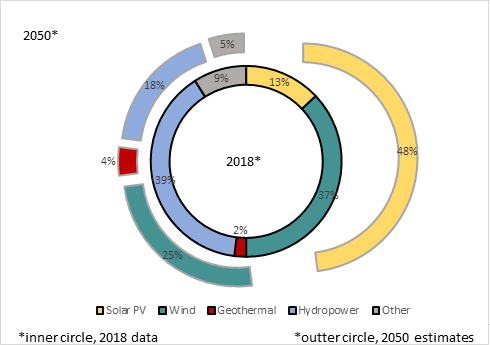 Japan’s latest strategic energy plan, released in July 2018, reiterates the government’s intention to decarbonise the country’s energy mix. It is noteworthy that Japan’s solar sector grew from approximately 14GW as of the end of 2013 to 49GW by the beginning of 2018. Attractive feed-in tariffs could have driven this rapid growth in solar installations.
The graph below offers more information on the country’s plan for 2030 with regards to the growth of renewable energy projects and more specifically solar. 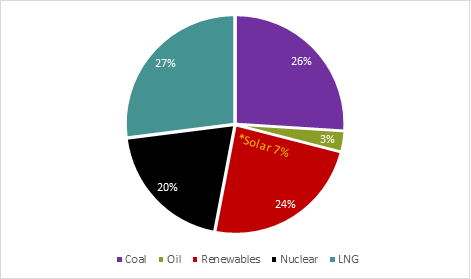